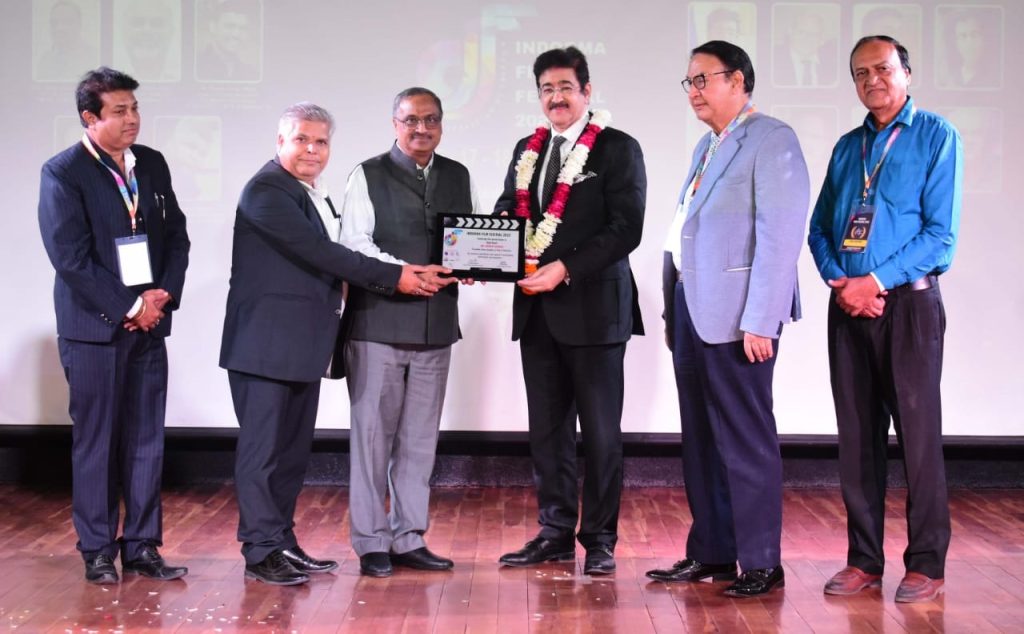 Mr. Chandan Mehta, Director of the Indogma Film Festival has warmly welcomed Mr. Sandeep Marwah. Renowned international media personality, Founder, and President of the Asian Academy of Film and Television (AAFT) Mr. Marwah was the chief guest of the session.

Addressing the session, Mr. Sandeep Marwah appreciated the initiative taken by the organizers to conduct such a wonderful event and was impressed by the participation of students in the festival. He also congratulated the Media students and faculty members on the occasion of National Press Day. He emphasized the aspects of feeling and thinking in filmmaking. Describing filmmaking as an art, he said that Media and Entertainment are two momentous for building Cinematic Fabric. The cinema is nothing but the reflection of our society.

Earlier, Mukesh Gambhir from Indogma Film Festival welcomed the guests and the participants. He gave a brief introduction to the three-day program. He elucidated that Festivals such as Indogma refer to the inherent qualities that go into production. He also appreciated the efforts of the University for hosting such big-scale ceremonies.

In addition, the documentary “Naam Namak Nishan” written and directed by Mr. Ashish Srivastava has premiered. Which was based on the Indian Army. The QA session was conducted on this documentary. Master class on “How to make low budget films and documentaries” by well-known writer and director Mr. Ashish Srivastava and useful tips for media students. He also shared his journey while making the documentary. The session was attended by mass media students from various colleges like Manav Rachna, DAV Centenary College, Government Women’s College, and JC Bose UST, YMCA.

On the inaugural day of the Indogma film festival, regional and documentary films were screened. in the screening national and international filmmakers, writers, technicians, and entertainment industry professionals participated. The students of the department also presented cultural performances.

Chairperson of the CMT Department, Dr. Pawan Singh Malik apprised that a series of activities will be organized during the three-day Festival which would include the screening of Regional, Animated, and Documentary Films, Master Classes, Awards Distribution, and Celebrities Facilitation.